As a comprehensive real estate firm, MASON provides the added service of project management, publishing and cloud storage of real time data on the DSM2Cloud website.

Our professional staff include state certified full-time appraisers, research and technically trained professionals and IT staff to support all projects. Reports, studies and exhibits are created in-house using the latest software and security to maintain strict confidentiality of all data.

The heritage MASON firms were originally established in 1926 by Thomas F. Mason. Thomas started the firm as a sole proprietor which evolved and later became a partnership known as Mason, Mason & Mason, when his sons joined the company.  After Thomas passed away in 1968 and James retired in 1978, David S. Mason (1929-2015) continued the business with his nephew Thomas Mason as David S. Mason, Inc.  Frances Wolfe Mason joined the firm as an associate, then partner/shareholder.  The corporation was reorganized as Mason & Mason in December of 1994.  Currently, the corporation is known as David S. Mason, Inc., dba DSM, Inc., DSM2cloud and MASON.  The firm continues to do business as a California Corporation, a certified Women’s Business Enterprise (WBE) and a Small Business Enterprise (SBE).

THOMAS F. MASON’S initial qualifications, examples of his writings and speeches can be viewed following this link.

DAVID S. MASON’S history and accomplishments are summarized in the following, his Obituary.

Dave enjoyed spending time at his ranch in Valyermo and his cabin in Aspendell when he wasn’t off flying and discovering new places. He enjoyed listening to jazz, hiking, fishing, kayaking and ping pong. Dave loved animals and spoiled his furry family members, dogs and cats alike! He was a friend and mentor to many as well as a generous man with a big heart.  He will be greatly missed. 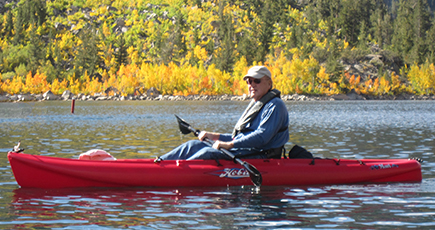 David was born in Torrance, California on October 31, 1929 and resided with his parents in Wilmington until 1936 when they moved to the Silver Lake district of Los Angeles. David attended John Marshall High School where he lettered in track and basketball and participated in Drama and Chef’s Class. He graduated from high school in 1947. He continued his education for one year at Oregon State College and transferred to Whittier College where he graduated in 1951 with a Bachelor of Arts Degree in Business Administration. He entered the U. S. Navy in December 1951 and was honorably discharged in October 1953. He was awarded the National Defense Service Medal. As a young man, David belonged to the YMCA and carried that into his adult life by leading several groups of boys throughout various YMCA programs. He was a member of the Glendale Rotary Club, held the degree of Master Mason in the Masonic Temple, and was a member and officer in the Order of De Molay. He also participated in the Amateur Athletic Union National Basketball Championship of America in Denver, Colorado in 1952.

David Simpson Mason began his career with Goode & Goode Real Estate Appraisers in 1953, joining his father and brother, Jim in 1957 to form the firm of Mason & Mason with. The firm name changed to Mason, Mason & Mason, until the death of their father, when the firm name returned to Mason & Mason. During this time David became qualified as an expert witness in the Superior Courts in Los Angeles, Orange, Riverside, San Bernardino, San Diego, Ventura and Monterey counties. He was appointed as a referee in a partition action and as a court appraiser by the Superior Court in Los Angeles County. His extensive appraisal work included many assignments working for the State of California, various cities and counties in California, Boards of Trustees of various school districts, Urban Renewal Agencies, insurance companies, financial institutions, title companies, oil companies, public utilities, private attorneys, and private companies, such as Southern California Edison, Pacific Bell, General Mills, and Trans America.

David was a member of the American Institute of Real Estate Appraisers, now known as the Appraisal Institute, holding an MAI designation. His numerous accomplishments with the Institute included nomination as President of the Southern California Chapter #5 in 1969, membership of the National Governing Council from 1971-1973 and 1989-1990, nomination as National Vice President of the Southwest Region from 1976-1977, granted “Professional Recognition Award” in 1976 through 1981, and receiving the “Meritorious Service Award, Southwest Region in 1987”. He also was a member of various other organizations including the American Society of Real Estate Counselors (CRE designation), International Right of Way Association, and the American Arbitration Association Panel. He was a Certified General Appraiser Licensed by the State of California and a licensed Real Estate Broker. Throughout his career he was called upon to lecture throughout the country on various aspects of the real estate appraisal industry.

Dave was an avid aviator earning his private pilot’s wings in 1959. He coupled flying with photography as a hobby and subsequently established a business, Custom Aerial Photos, in 1988 which he then incorporated in 1994. As time went on he owned several airplanes, achieved his instrument rating and logged over 3,000 hours in the air. He was a member of the Professional Aerial Photographers Association (PAPA), recipient of National Awards for Professional Excellence for his aerial photos by the organization, member of the Cessna Owner Organization and member of the Aircraft Owners & Pilots Association.

Dave enjoyed spending time at his ranch in Valyermo and his cabin in Aspendell when he wasn’t off flying and discovering new places. He enjoyed listening to jazz, hiking, fishing, kayaking and ping pong. Dave loved animals and spoiled his furry family members, dogs and cats alike! He was a friend and mentor to many as well as a generous man with a big heart. He will be greatly missed. 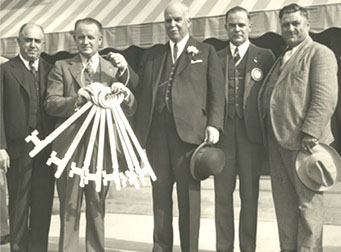